A letter from Phil Spencer, Head of Xbox

The future of gaming has never been more inspiring. Creativity in games is flourishing. New services empower you to discover more games—and bring you closer to the games and creators and streamers you love. The cloud creates a massive opportunity to stream console-quality games and play with the people you want, wherever you want. And for many of us, nothing is more inspiring than the dawn of a new console generation.

We know you expect the next generation of consoles to set new standards in graphical power and processing speed, converging together in games that look incredible and feel alive. This will be defined by worlds that are visually astounding and immediately immersive, with innovative leaps in CPU, GPU and storage technology to give you frictionless access to new stories and new creators constantly.

We’ve been using Xbox Series X in our internal Takehome programme and are energised by the feedback we’ve been receiving. At Xbox, we value being open and transparent with you,, and I’m proud to be able to share details about some of the technologies we are enabling for the next generation, and look forward to boldly sharing more as we head towards E3.

A superior balance of power and speed

Compared to the previous generation, Xbox Series X represents a superior balance of power and speed in console design, advancing on all technological fronts to delivering amazing, dynamic, living worlds and minimise any aspects that can take you out of the experience. Our job at Team Xbox is to give teams the tools they need to achieve their ambitions and tap into the console’s power with efficiency, a few of which we’re detailing today. Raw power is just part of the story:

Immersion in an instant

The next console generation will be defined by more playing and less waiting. And when play begins, we know many gamers demand ultra-low latency to be as immersed and precise as possible. To this end, the team analysed every step between player and game, from controller to console to display, and asked how we could make it faster.

The next generation of game compatibility

The benefits of the next console generation extend in every direction, bringing greater visual fidelity and improved loading speeds to your existing gaming legacy, in addition to new games. We’re continuing our commitment to compatibility with Xbox Series X and investing in technology that makes game ownership easier across generations.

A generation with players at the centre

Xbox Series X is our fastest, most powerful console ever, designed for a console generation that has you at its centre. This means a high-fidelity gaming experience enclosed in a quiet and bold design, with the ability to discover thousands of games across four generations, all with more playing and less waiting.

Whether it’s empowering amazing creators at our 15 Xbox Game Studios, fuelling game discovery with Xbox Game Pass, or expanding what and where you can play with Project xCloud, Team Xbox stands for frictionless pathways between players and the best experiences our remarkable art form has to offer. Xbox Series X represents that same commitment for players who want immediate immersion in games that also look and feel better than ever.

We can’t wait to share more details about the new Xbox with you in the coming months.

As we enter a new generation of console gaming with the Xbox Series X, hardware and software innovations enable the amazing possibilities for the future of games.

Designed for speed and performance

The Xbox Velocity Architecture unlocks new speed & performance capabilities through the groundbreaking combination of hardware, a custom 1TB SSD & CPU and deep software integration, to make for richer and more dynamic living worlds unlike anything ever seen before.

Gamers will experience more time playing and less time waiting as loading times will be greatly decreased thanks to the processing power of Xbox Series X.

A new feature powered by the technical capabilities and the innovative Xbox Velocity Architecture in Xbox Series X, Quick Resume enables players to seamlessly switch between multiple titles and resumes instantly from where you last left off. 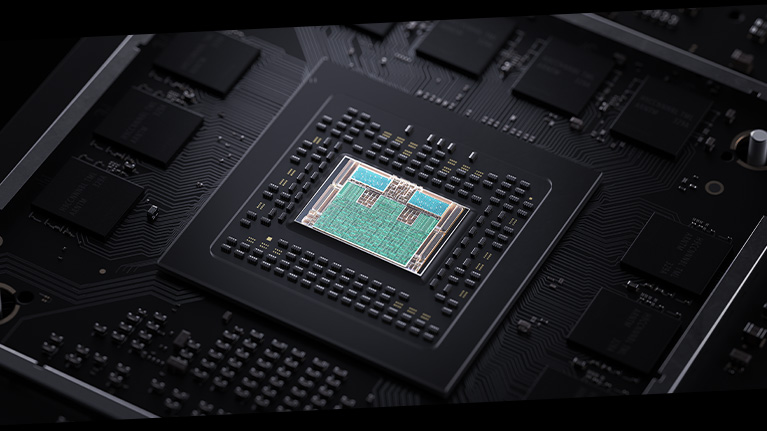 The most powerful console ever

Xbox Series X is our most powerful console ever, powered by our custom-designed processor leveraging AMD’s latest Zen 2 and RDNA 2 architectures.

The new system on a chip (SOC) has been built from the ground up for speed and performance, with 12 teraflops of processing power and with compatibility in mind for four generations of games.

The three air-flow channels evenly distribute the temperatures generated by the advanced internal components, keeping the console cool and quiet.

For the first time ever on console, an innovative split motherboard keeps the Xbox Series X internals evenly temperature controlled, allowing for the console to output more power. 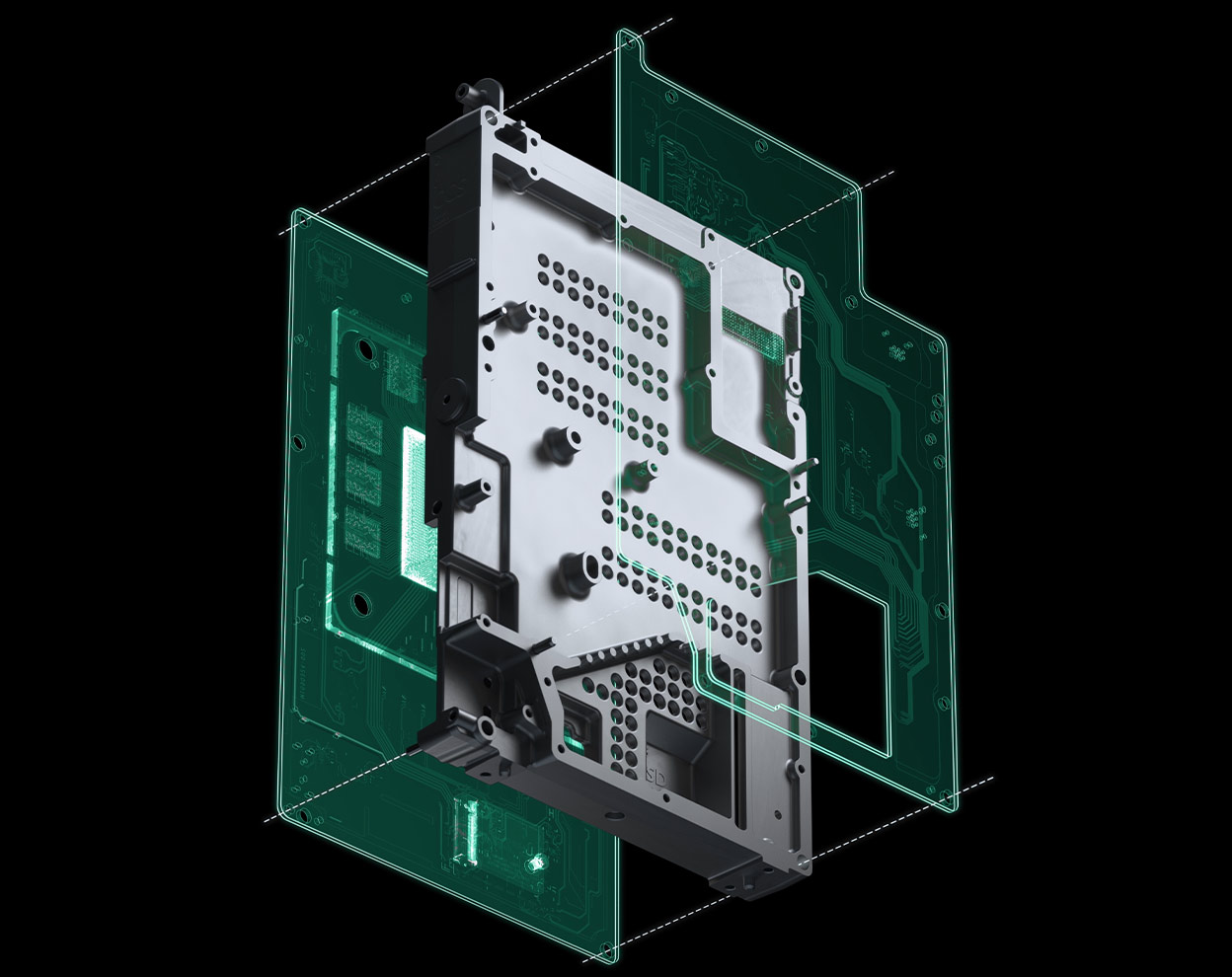 A heat sink is a non-electronic, passive mechanical component that has a vital role in the reliability and performance of the Xbox Series X and is integrated directly into the chassis of the console. This unique component of the parallel cooling architecture helps lend to the distinctive design of the console. The vapour chamber in the Xbox Series X enables evenly spread temperatures with the core and memory.

As part of the parallel cooling architecture, the whisper-quiet fan keeps the Xbox Series X internal components cool without disturbing your gameplay.

The Xbox Series X Storage Expansion Card provides additional game storage at peak speed and performance by replicating the console’s internal custom SSD experience. The 1TB card is inserted directly into the back of the console via the dedicated storage expansion port. 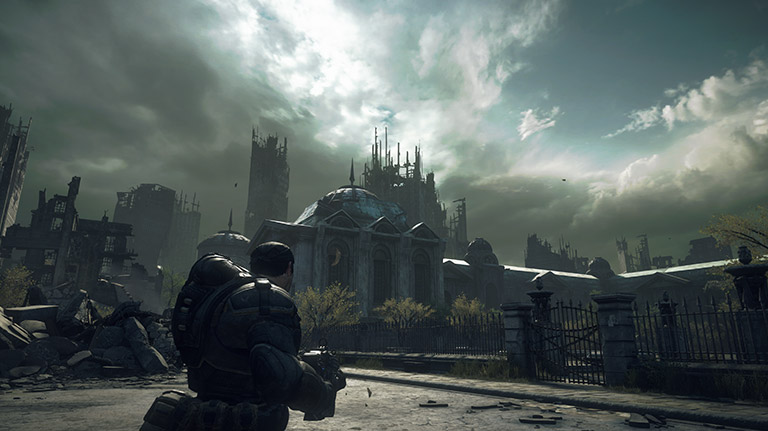 Through the revolutionary new Xbox Velocity Architecture, thousands of games on Xbox One, including Xbox 360 and original Xbox Games, will experience improvements in performance, including improved boot and load times, more stable frame rates, higher resolutions and improved quality on Xbox Series X.

Experience the modernised design of the Xbox Wireless Controller, featuring sculpted surfaces and refined geometry for enhanced comfort during gameplay. Stay on target with textured grip and a hybrid D-pad; capture and share content seamlessly while you play; and quickly pair with, play on, and switch between supported consoles, PCs and mobile devices.*

I’m the owner of KevinWebb.co.uk A geeky tech nerd, gamer and smartphone enthusiast View all posts by Kevin